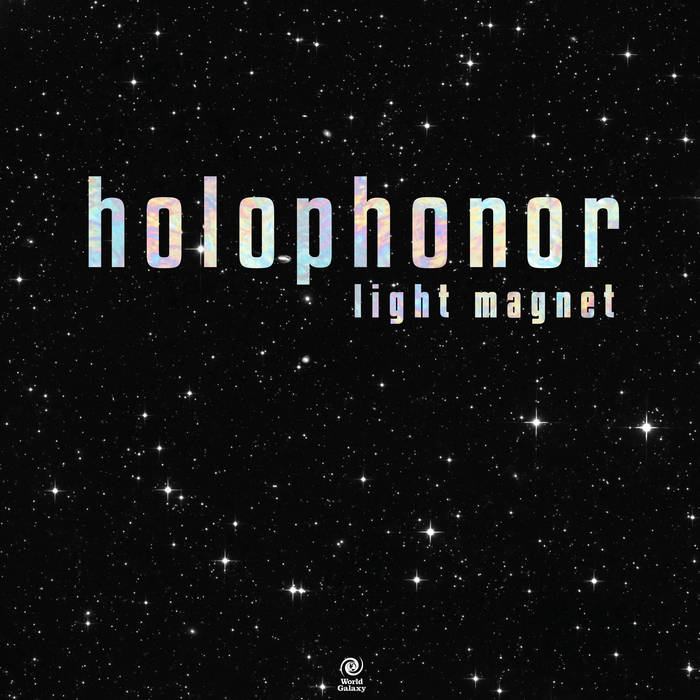 Rob O. There was something about the sparse, improvised and at the same time well constructed playing on this that drew me in. Produced by none other than the master Wayne Shorter!!! Loving the sound, especially the vibes player. Great Jazz being released on the LA based World Galaxy label!

Holophonor is at another critical transition point in their career, announcing the release of the band's sophomore record, Light Magnet. Signing with the quickly rising Los Angeles jazz imprint World Galaxy for the release of their forthcoming LP, the Wayne Shorter produced outing will land on physical and streaming formats October 6, 2017. As a winner of ten Grammy Awards over the last half-century, the voice and vision that he brought to Miles Davis’ Second Great Quintet, fusion powerhouse Weather Report, and his solo output is amplified through Holophonor’s Light Magnet. Retaining the same members since the original formation of the band, Holophonor's Light Magnet includes Eric Miller (trombone), Mike Cottone (trumpet), Josh Johnson (alto sax), Diego Urbano (vibraphone), Miro Sprague (piano), Dave Robaire (bass), and Jonathan Pinson (drums). These musicians come from various locations in the States and across the world, bringing a unique collective insight that has merged into one spirit and voice. Mastering was completed at the Cosmic Zoo by Daddy Kev, with the original engineering and mixing provided by the one and only Alex Chaloff. Video capture of the Jim Henson sessions was also preserved by Alex Chaloff, adding the historical lens for a series of videos scheduled to release in the next few months.

Light Magnet takes the efforts of their debut and raises the bar even higher, bringing in production duties from Wayne Shorter from the recommendation of legendary producer, and now president of Blue Note Records, Don Was. The acoustics of the original recordings are top notch, capturing the album at the historic Jim Henson Company owned Henson Recording Studios. Taking on a director role that was a life changing experience of guidance for Holophonor, Wayne Shorter had the group record some of the music in 45-minute intervals to find the perfect takes within. This was also done with the hopes of capturing the band's ability to gather superb song transitions and e.s.p. like band chemistry; something they've harnessed with precision in the live setting. Wayne Shorter had experienced the band's live performances prior to the Light Magnet recordings, and this was the basis for the type of overall feel he wanted them to document. This spontaneous yet well oiled approach influenced the more traditional paths the band utilized for tracking, giving Light Magnet a well rounded out sense of creation that pulls from multiple recording methods.

Light Magnet is beautifully enigmatic and dynamically bold, producing a sense of emotion and wonder that touches the entire human experience. World Galaxy will release Holophonor's Light Magnet October 6, 2017 across digital and physical formats (CD / LP). The expansion of west coast jazz continues and Light Magnet is a commanding force of energy in this new wave.