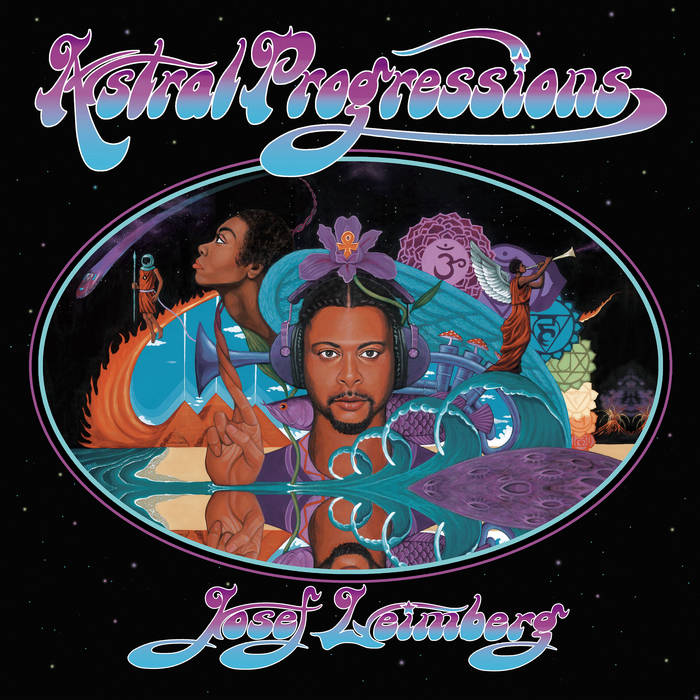 THIN TRUK how this went under the radar is beyond me. This is some of the best modern jazz out there. He's like a modern day Miles Davis Favorite track: Interstellar Universe (feat. Kamasi Washington).

unplantedseed Reminds Me Of Home In The Fall (Upstate NY) Favorite track: Between Us 2 (feat. Bilal and Miguel Atwood-Ferguson).
more...

This fall, trumpeter and composer Josef Leimberg will launch his debut full-length Astral Progressions. Hitting vinyl prints and digital formats with the Alpha Pup Records jazz imprint World Galaxy, Astral Progressions is a powerful record in the canon of 21st century music. It also continues the momentum Leimberg achieved on the Kendrick Lamar Grammy Award winning album To Pimp A Butterfly. A hybrid state of jazz fusion, world music, R&B and golden era hip hop instrumentalism. Josef Leimberg has created a rich tapestry of sound that fits right in with the resurgence of progressive music in the 2010’s, launching out on his own terms after an impressive career of guest work.

Leimberg gained a unique level of traction with his work on the multiple Grammy Award winning Kendrick Lamar LP To Pimp A Butterfly. Credited under the LoveDragon moniker with Terrace Martin, his time with To Pimp A Butterfly only represents a small fragment of his accomplishments. His collaborative resume over the decades is astounding, consisting of production, writing and feature credits with Snoop Dogg, Erykah Badu, Robin Thicke, Shafiq Husayn, Funkadelic, Freestyle Fellowship, Dr. Dre, Murs, King Tee, Suga Free, Saafir and Busdriver. These connections have undoubtedly spread life all over Astral Progressions.

Leimberg’s debut album features an array of innovators and game changers in modern progressive music. Kamasi Washington, Bilal, Georgia Anne Muldrow, Kurupt, Terrace Martin and Miguel Atwood Ferguson are just a small list of the brilliant minds that make the Astral Progressions outing special. Many of the featured artists became with the LP through world renowned creator Shafiq Husayn. Leimberg would connect with various musicians associated to his camp through studio recordings, gigging and rehearsals, building on his compositions in a very organic and social way.

Kurupt connects with Astral Progression’s cosmic message unlike anything else he’s done before, lending his verbal talents over a cosmic west coast flavor. Goergia Anne Muldrow and Bilal add considerable weight as well, taking direction into spiritually tinged fusions of R&B and soul. The ending track pays special homage to Leimberg’s mother, including a recording of her speaking about the complexities of life and where we all fit into the bigger picture of this universe. To describe this record in full would take volumes of thought, bridged under the vision of Leimberg in every note and measure.

Leimberg takes the sonic power of Astral Progressions back to the origins of the ‘70s jazz fusion movement. Included is a superb Miles Davis cover of ‘Lonely Fire.’ Originally recorded and featured on the 1970s Miles Davis studio album Big Fun, Leimberg revamps the spiritually tinged piece with uptempo pocket driven drum work, flaring solo’s and a sense of heightened energy that transforms the chord arrangements of the original into something entirely new. Paul Livingston adds lush sitar, tambura and sarod, bringing the Indian influences shed on the original composition into the 21st century state of Leimberg’s vision. It’s a perfect summation of how organic, fluid and exotic the record is as a whole.

The artwork and design packaging pulls back to the narrative of prolific album cover work that enhanced many of the world’s most celebrated jazz fusion albums. Artwork created by Tokio Aoyama, the vibrant color schemes intertwine into deeply interwoven symbols, coalescing to form a powerful story before a single note is even heard.

Taking in the influence his father, mother and communities of musicians around him, Astral Progressions is a record that summarizes the long lasting power of love through sound. Josef Leimberg is a part of the movement that’s creating new standards in the exploration of jazz and fusion. He is defining himself as a worthy composer and purveyor of the deep musical arts and Astral Progressions is just the beginning.