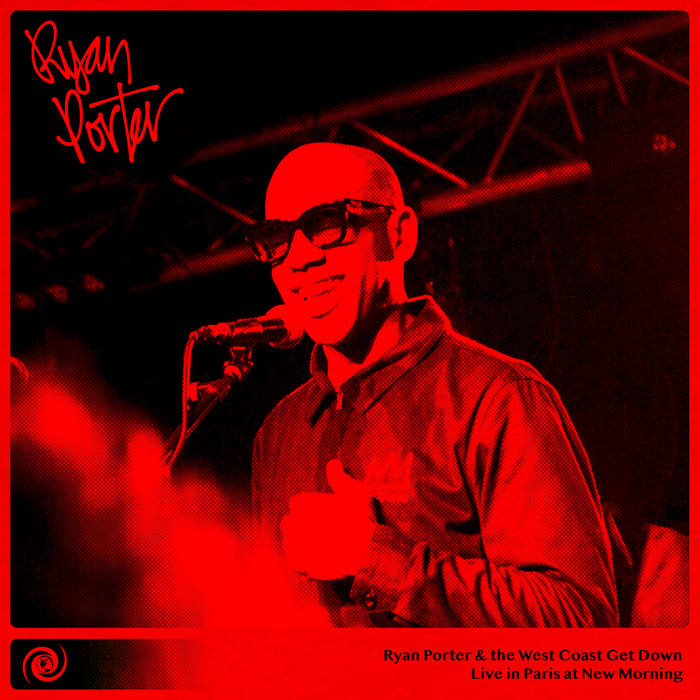 Noel Megahey I was lucky enough to be at this show in Paris on the 17th October 2019 and the atmosphere was incredible. The recording here is far from high quality, but it does capture the raw energy of the show. Miles Mosley broke the neck of his double bass near the end of the first set and had to borrow an electric bass to continue the second half. Ryan Porter was almost lost for words at the end of the night. One of the best shows I've ever seen. Favorite track: Strasbourg / St. Denis (Live).

patrick butler This is the kind of jazz music I like the most. Thank you for this and to all the other musicians who played at the New Morning with you.
Regards,
Patrick

On June 12th, Los Angeles-based trombonist Ryan Porter will release his first officially authorized live album in digital format, Live in Paris at New Morning. Recorded at Paris' historic jazz club New Morning on the evening of October 17th, 2019, the unit for the European tour consisted of the lauded West Coast Get Down in a smaller and condensed form: Ryan Porter (trombone & bandleader), Kamasi Washington (tenor saxophone), Jumanne Smith (trumpet), Brandon Coleman (piano & keyboards), Miles Mosley (upright & electric bass), and Tony Austin (drums). Taking part in every Kamasi Washington tour around the world since the release of The Epic on Flying Lotus' label Brainfeeder, this was Ryan Porter's first voyage into Europe with his own band, climbing a ladder he's spent decades preparing for.

On Live in Paris at New Morning, the West Coast Get Down would explore various works from Ryan Porter's last two full-length albums (The Optimist & Force For Good), blending themes, vamps, and songs Ryan created on the road and at his home studio. Some going back close to 20 years. Before diving into Porter's deep catalog, the WCGD would open the set with a homage to jazz giant and personal mentor to Ryan Porter, Roy Hargrove. They cover Hargrove's "Strasbourg / St. Denis," amplifying the original with their unique perspective on modern and vintage music. The energy cascades with great depth across the 81-minute live LP, providing ample space for extended solos from every player on the stage. The rhythms stay glued to the floor and the harmonies blast into the outer realms of the stratosphere, laced with the kind of technical density only groups like the WCGD possess.

After releasing three studio albums with the Alpha Pup Records jazz imprint World Galaxy over the last few years, Ryan Porter is back with the rising label for the release of this new live LP. Live in Paris at New Morning is an important documentation from the epicenter of west coast jazz music and its extensions into Europe, showcasing the power and strength of the West Coast Get Down's core.

"This live show was recorded at the famous Paris, France jazz night club New Morning on October 17th, 2019. This was on my very first European Tour and we were 4 days into a 13-day tour when this recording took place. The day before (October 16th, 2019) was the late great Roy Hargrove's birthday (R.I.P) and I was honored to be playing at New Morning because it was one of Roy's favorite jazz clubs to play at in Paris. I had never actually been to New Morning before in my life and it felt great seeing people lined up and wrapped around the corner in the cold to see us perform. I'd seen lots of YouTube videos of many legendary groups playing there, including a video of Roy playing a song he wrote especially for the New Morning jazz club titled "Strasbourg / St. Denis."

Roy Hargrove was a big influence on me as a teenager learning jazz. I think sometimes people learn better watching others do what they would like to do and seeing an African-American brother like myself playing this music so well inspired me and my friends to practice. The first time I met Roy Hargrove I was 16 years old at a Jazz Music Camp for teenagers called The Vail Jazz Party. In 1996, the camp was put together by Kathy & Howard Stone in Vail, Colorado. Roy was super cool and approachable and we became friends. When I moved to New York to attend Manhattan School in 1997 I would always go to his gigs and sometimes sit in, but either way, we'd hit up the after-hours jam sessions starting at Cleopatra's Needle and run around the upper west side of Manhattan, NY, ending up at Small's in the village playing the most obscure jazz songs until the sun came up. Roy knew so many songs it was unbelievable and really enjoyed playing ballads. So I started reminiscing and dedicated that night to Roy Hargrove, and also to the owner of New Morning jazz club who died the week before the recording, Eglal Farhi, who was a well respected public figure in Paris."