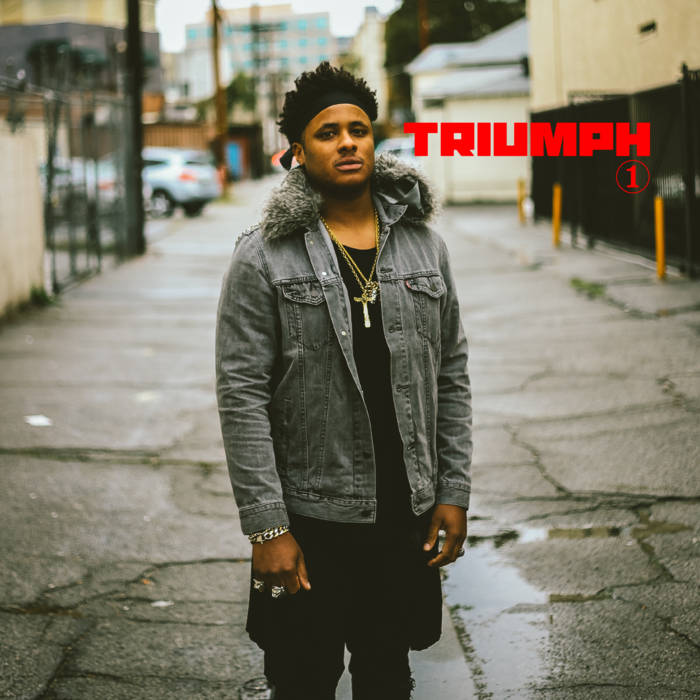 Chris Akers Really hope that "1" next to the album title is there for a reason. This is fusion squared. Every track takes something to the nth. "Enjoy the volume of life?" Yes, thanks for the reminder. Favorite track: Open The Gate.

Craig Privett Powerful album. The introductory drum solo that kicks the album off on "True Story" may be the ballsiest album opener since Jaco Pastorius busted out the gate with Donna Lee. Favorite track: Whenever.

ronn branton Ron mo-jo jo-jo you are the man!
I knew you are a great drummer when I heard you with Kenny but I didn't realize your brother was Thundercat on top of that - crazy!
This is a very nice recording and knowing it's yours makes it even better.

Camryn Marquez I really enjoy the performances on this album; the drumming is especially rigorous. The talent of the musicians really shines on the more progressive tracks. The lyrical subject matter of these songs is a bit kitsch but still sincere and endearing. This is definitely worth a listen. Favorite track: Geome Deome (feat. George Duke).

On March 3, 2017, Grammy Award winning composer, producer, singer and drummer Ronald Bruner Jr. will present the megalithic debut album Triumph. Eleven cuts of deep fusion, soul, R&B, jazz and pop, Triumph was put together with Ronald’s brothers Stephen “Thundercat” Bruner and Jameel Bruner of The Internet. It was captured during the infamous KSL Sessions that produced Kamasi Washington’s The Epic and many other West Coast Get Down recordings.

Features are drawn out from an impressive list of musicians across Triumph, including the late and great George Duke, Warner Bros. recording artist Mac Miller and many of the core members of the West Coast Get Down. Thundercat laces bass guitar on a majority of the LP, building on the rhythm section with the highest degrees of finesse and technicality.

Triumph’s trajectory in fusion is, in one way, a direct result of working with century defining artists such as Stanley Clarke, Kendrick Lamar, Flying Lotus, Wayne Shorter, Prince, Chaka Khan, Q-Tip, Kenny Garrett and Stevie Wonder. In another way, it’s the expression of a soul that’s independently seasoned, rich in unique experiences and unashamedly unrestrained. The musical manifestation of a man that’s evolved into the role of a father, musical anchor and community leader.

The roads leading to Triumph are vast and intertwining, beginning with the culture that his father Ronald Bruner Sr. brought to his life under stints with Diana Ross, The Temptations, Randy Crawford and Gladys Knight. Musically, Triumph is an expression of many styles and modes Ronald’s absorbed through his professional career as a drummer, singer and producer, mixed down into the flavor that he’s dubbed “progressive soul.” The technicality of the album explodes in every seam and the passion, soul and craftsmanship of the songwriting is at an equally high level.

Lyrically, Triumph touches on the deepest extensions of the heart, the restraints of human connection and the dynamic free for all of growing through this world. Every cadence and form of Ronald’s singing is pulled from the bottom of his heart because of this. Family, friendships, love, turmoil, happiness, social issues, politics, musical heritage and many other topics find a seat at the table on Triumph. A powerful combination of musicianship and lyricism that’s unlike anything else out right now.

One of the most important roads leading to Triumph has seeds planted with bass extraordinaire Stanley Clarke and keyboard maestro George Duke. While working with the legends in the mid-2000s, they pushed Ronald to unleash his own masterwork and join a legacy only a handful of drummers have entered. The influence that Stanley Clarke, George Duke and many others had on the birthing process of Triumph is a magnificent story that will continue to present new chapters through time. Stepping back from the influences and Triumph stands firmly as a pure amalgamation of fusion, reaching the highest plateaus of creativity, songwriting and technicality in this era.

Triumph launches with World Galaxy / Alpha Pup Records on March 3, 2017 and will see pressings across a variety of formats.